What’s so special about the upcoming parliamentary elections in Uzbekistan? 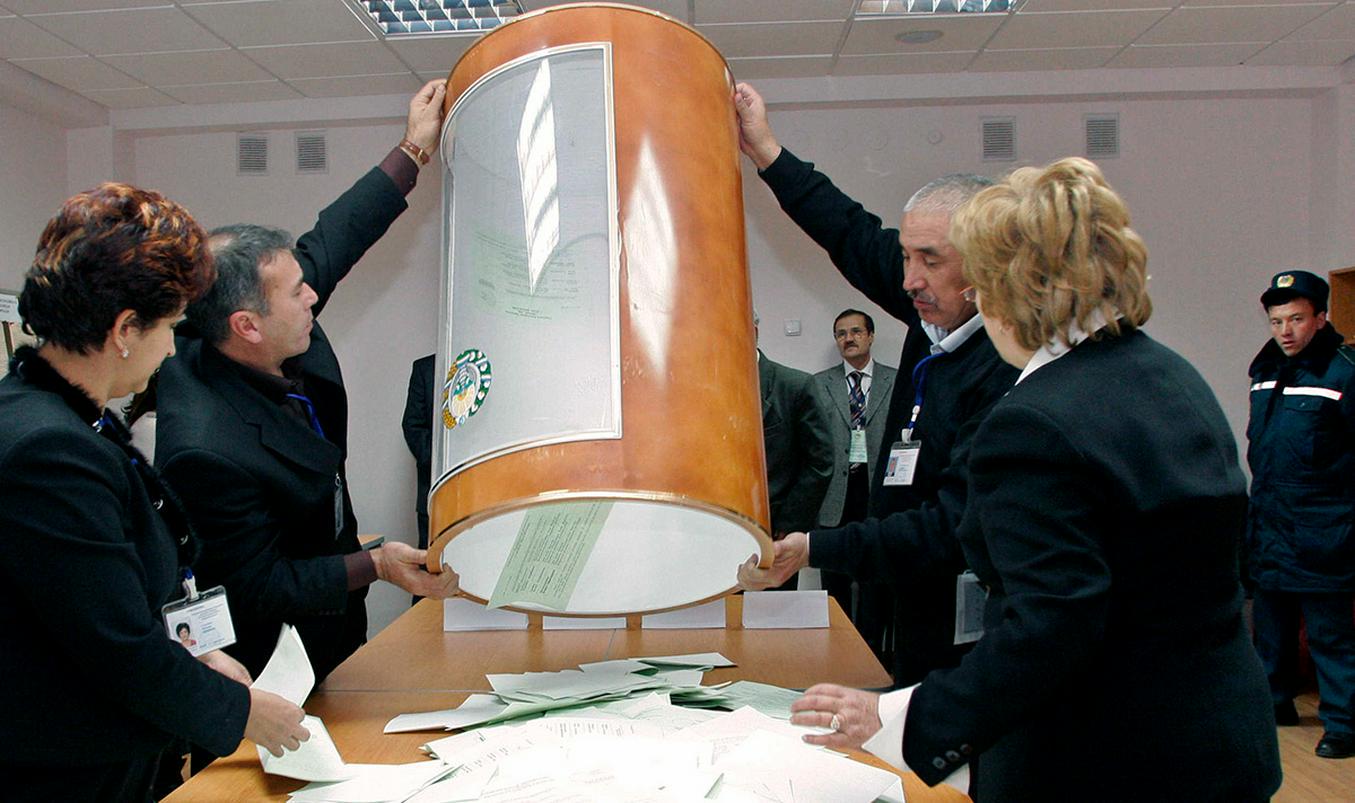 On 22 December, both within Uzbekistan and beyond its borders, elections will be held that will decide the composition of the legislative chamber Oliy Majlis (parliament) as well as determine who will take a seat in the local kengashes (councils). The elections will go down in history as the first to be held under the country’s new electoral code.

The document, signed into law by the president of Uzbekistan Shavkat Mirziyoyev, came into force in June of this year. It replaced five separate existing laws, some of whose articles contradicted one another, a fact which created difficulties for the election process. The new rules of the game will have a notable impact on the Ecological Party, previously guaranteed a 15-seat quota in the lower house of parliament. Now the “greens” will have to compete in elections on the same basis as all other parties. Another radical change is the total absence of independent candidates. Self-nominated independent candidates were also absent from previous elections, but back then parliamentary candidates could be nominated by mahalla committees (organs of local self-government). Now this right is possessed by the political parties alone.

Elections for a million

Another important change concerns the financial side of elections. Previously, election campaigns were funded by the parties themselves; now campaigning expenses will be covered by the government. 2m Soms ($210) will be allotted to each candidate for the regional kengashes (parliaments), and just 1m (a little over $100) to nominees for the district and municipal councils of people’s deputies. What exactly can be done with such meagre sums? Presumably just the printing of campaign flyers. For future parliamentarians, however, the government has really pushed the boat out, with 10.8m Soms ($1140) of budget money earmarked for each candidate. If we take into account that 750 candidates will be contesting the upcoming elections, the new measure will set the country’s treasury back some 8bn Soms ($855,000). Roughly speaking, the election campaign will cost Uzbek taxpayers $1m.

A number of key points from the old electoral regime remain in place in the new regulations. For instance, as before, nominees must be citizens of Uzbekistan who have lived continuously in the country for no less than five years. In other words, the regulation runs counter to Mirziyoyev’s appeal to expat Uzbeks to return to their homeland and take an active part in the reforms currently underway in the country. Parliamentary seats, at least, will be beyond the reach of returnees. Also retained is a clause specifying that a third of candidates must be women. As statistics from the Central Electoral Committee (CEC) show, the current campaign has exceeded the designated target: of 750 nominees, just over 40% are women.

As for rules concerning voters, as before, anyone over the age of 18 is eligible to vote. In order to safeguard the principle of “one man, one vote”, a Unified Electronic Voter List has been introduced. And a further novelty: the new code gives convicts the right to vote, except those serving sentences for “serious and especially serious” crimes. 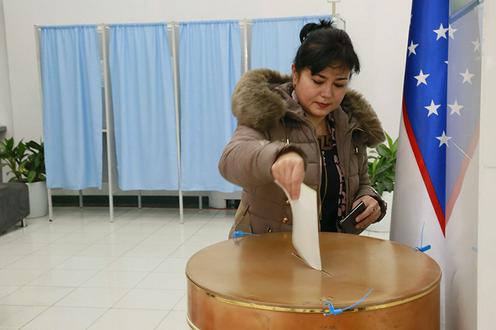 Voting during elections in Uzbekistan. Photo from Inha.uz

Particular interest has been directed to Uzbeks living abroad. This year 55 polling stations have been installed at Uzbekistan’s diplomatic missions in 38 countries around the world. According to information from the CEC, around two million Uzbek voters are currently living abroad. Of course, it would be naïve to assume that every one of them will do their civic duty. As is well known, the majority of expat Uzbeks are labour migrants working in Russia, and are scattered all over the country’s far-flung regions. The polling stations in seven cities of the Russian Federation will therefore be in no position to ensure anything like a full turnout. In other countries, too, floods of expat electors are not to be anticipated. This was confirmed by Uzbekistan’s ambassador to Turkey Alisher Agzamkhujaev, who accused Uzbek political parties of insufficient activity abroad. “When we met with students studying here in Turkey, the majority of them said that they knew nothing about our political parties. Besides this, not a single political party approached the Uzbek embassy in Turkey regarding the issue of campaigning. I don’t know anything about our parties’ activities in other countries, but in Turkey they are being quite lax in their outreach,” said the diplomat.

The elections’ transparency and fairness are to be ensured by international observers, a record number of whom could be present at the upcoming elections. If previous parliamentary elections in Uzbekistan failed to arouse a great deal of interest from international observation bodies – on account of what they termed the “lack of competition” – this year the situation is different. According to the Uzbek foreign ministry, over 700 observers from 50 countries are expected to arrive in the country. The mission of the OSCE ODIHR alone will comprise around 300 experts, distributed across the country’s regions.

The CEC estimates that over 20 million voters will take part in the approaching elections. Such a turnout may be the hoped-for scenario, but the electoral commission’s expectations are hardly likely to be met. According to the results of a survey conducted on the site Repost.uz (in Russian), with two and a half weeks remaining before the elections, 47% of respondents say they have no plans to go and vote.

Five pigs in a poke

Representatives of these five parties already make up the membership of the lower house of parliament. The present composition of the 150-seat lower house is as follows: UzLiDeP 52 deputies, Milliy Tiklanish 36, PDPU 27, Adolat 20, Ecological Party 15 seats (the latter by quota). This year the parties will each put forward one candidate in each of the 150 electoral districts. In theory, one of the parties could win all of the seats. But such a “full strike” is of course highly unlikely. Experts are of the opinion that each of the five contenders will gain the required number of votes to form a nine-man parliamentary fraction.

It is worth underlining that the aims and roles of each of the political groupings are more or less identical, as shown in the regular discussions on designated themes arranged by the Uzbek National Press Center. Generally, representatives of the five parties spout trite phrases about raising teachers’ wages, reducing red tape for entrepreneurs, and so on. Somewhat of an anomaly are the “greens”, with a focus on the country’s environmental policies. But where were these deputies, gifted with “free” seats in parliament, when the mass felling of trees was carried out around the country? Considering that the “ecologists” are paradoxically enough calling for the construction of nuclear power stations in the republic, an issue which rouses a great deal of opposition in the country, the “greens” would seem to be clear outsiders in the current electoral race.

What do deputies do anyway?

A few words should be said about what exactly deputies in Uzbekistan are good for in the first place. The country’s parliament is a rather strange body, which can neither truly be called legislative nor executive. Its essential function is to ratify and enact laws proposed by ministers and state departments. Back at the end of 2017, Mirziyoyev called on MPs to “wake up”. “Of the 136 legislative proposals put forward over the course of the year, only 27 have come from deputies, and generally consist of amendments and additions to existing laws based on presidential decrees. Doesn’t this fact alone demonstrate the poor performance of our parliament?” commented the head of state.

Attempts are underway in Uzbekistan to raise the status of the Oliy Majlis. For instance, as of this year, candidates for the post of deputy prime minister, as well as ministers and representatives of government committees, are confirmed by the president only after being approved by parliament. The change was in fact introduced on the initiative of Mirziyoyev himself, who felt that members of the government lacked a sufficient sense of their responsibility to parliament. 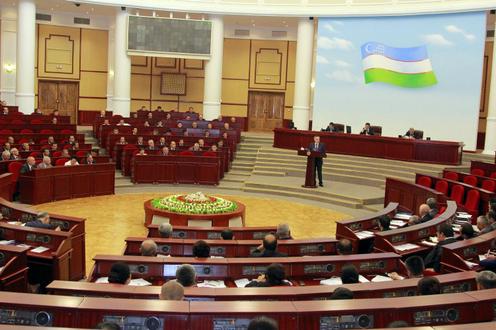 Those elected sit in parliament for five years and keep such a low profile that the general public are unable to recall either the name or face of a single deputy. A few individuals, it is true, make it onto social media threads in connection with various high-profile remarks and scandals. Like, for example, PDPU leader Ulugbek Inoyatov, who maintained that a Tashkent family of five could live comfortably on 2.5m Som a month. This despite the fact that, as thousands of his detractors immediately riposted, in the capital this kind of money is barely enough to make ends meet. Another deputy earned fame thanks to an episode that occurred during the election campaign. Milliy Tiklanish Party expelled MP Kabul Dusov following a scandal involving the deputy and residents of one of the Tashkent mahallas. But so anonymous and replaceable are the parliamentarians that the parties are hardly likely to notice the loss of one of their troops.

Essentially, parliamentary elections in Uzbekistan are like the proverbial “pig in a poke”. UzMetronom.com, citing an “independent appraisal”, stated that fewer than five thousand people in Uzbekistan are capable of correctly listing the names of all of the competing parties – and added that these people are all state officials. No more than a thousand could give the last name of even ten Oliy Majlis deputies, and most of these are family and friends of the parliamentarians themselves. “The political parties represented in parliament do not influence the country’s domestic and foreign policy and are hardly likely to do so in the immediate future. The essential role of parliamentarians in Uzbekistan is to provide legitimacy for decisions taken by the president and the government,” summarised the news outlet.

Thus far it remains difficult not to concur with such a statement.